The world’s largest retailer of diamond jewellery, Signet, has been announced as the first jeweller to join the pilot programme for the De Beers Group-led blockchain, Tracr.

Signet, the owner of UK jewellery retailers H Samuel and Ernest Jones, joins a growing list of industry leaders trialling the platform during its pilot phase and enabling Tracr to complete the first digital link all the way from diamond production through to retail.

A Signet project team will work alongside the Tracr team to ensure the platform meets the needs of the jewellery manufacture and retail sectors, with the partnership initially focusing on the tracking of diamond jewellery and expanding the pilot’s scope to cater for smaller-sized goods.

Blockchain technology is centred on improving trust and can fix the grim realities of corrupted supply chains in the pharmaceutical industry.

Discovery of the fact that some cancer patients in US hospitals have been given fake chemotherapy was a profound moment for me during my battle with cancer. I know I am alive only because I received genuine chemo. It has already given me seven extra years of life (and hopefully many more).

Luckily at the time, I was in the fortunate position of understanding the power of blockchain technology and I knew that this offshoot of bitcoin’s technical design could provide a solution to this life-threatening fake-medicine industry.

Fake chemo is just one of many outrages. Interpol estimates about one million people — who buy drugs in good faith hoping for a cure — die each year from fake medicine.

More at: How blockchain can win war on fake medicine – The Australian

NetDocuments, a cloud platform for legal IT, says it has completed a proof of concept for the integration of NetDocuments’ cloud platform with blockchain technology, enabling firms to validate document existence, details, status, and metadata via a verified and distributed digital ledger.

Incorporating blockchain technology into NetDocuments’ governance platform enables sensitive and transactional documents to be verified by posting to an open-source digital ledger, validating document details such as canonization, approval, status, filing and other relevant document information. Verified documents will retain a blockchain ID, ensuring accuracy through a distributed digital trust network. The technology integration includes blockchain certification of content stored in NetDocuments as well as certification of contents in local device storage.

Blockchain technology may help keep track of the roughly $200 billion of the precious metal dug from remote mines, traded by middlemen and melted down by recyclers that’s sold each year to buyers scattered around the world.

The London Bullion Market Association, which oversees the world’s biggest spot gold market, will seek proposals including the use of blockchain for tracing the origins of metal, partly to help prevent money laundering, terrorism funding and conflict minerals, according to Sakhila Mirza, an executive board director.

“Blockchain cannot be ignored,” Mirza, also general counsel of the LBMA, said in an interview Monday. “Let’s understand how it can help us today, and address the risks that impact the precious metals market.” 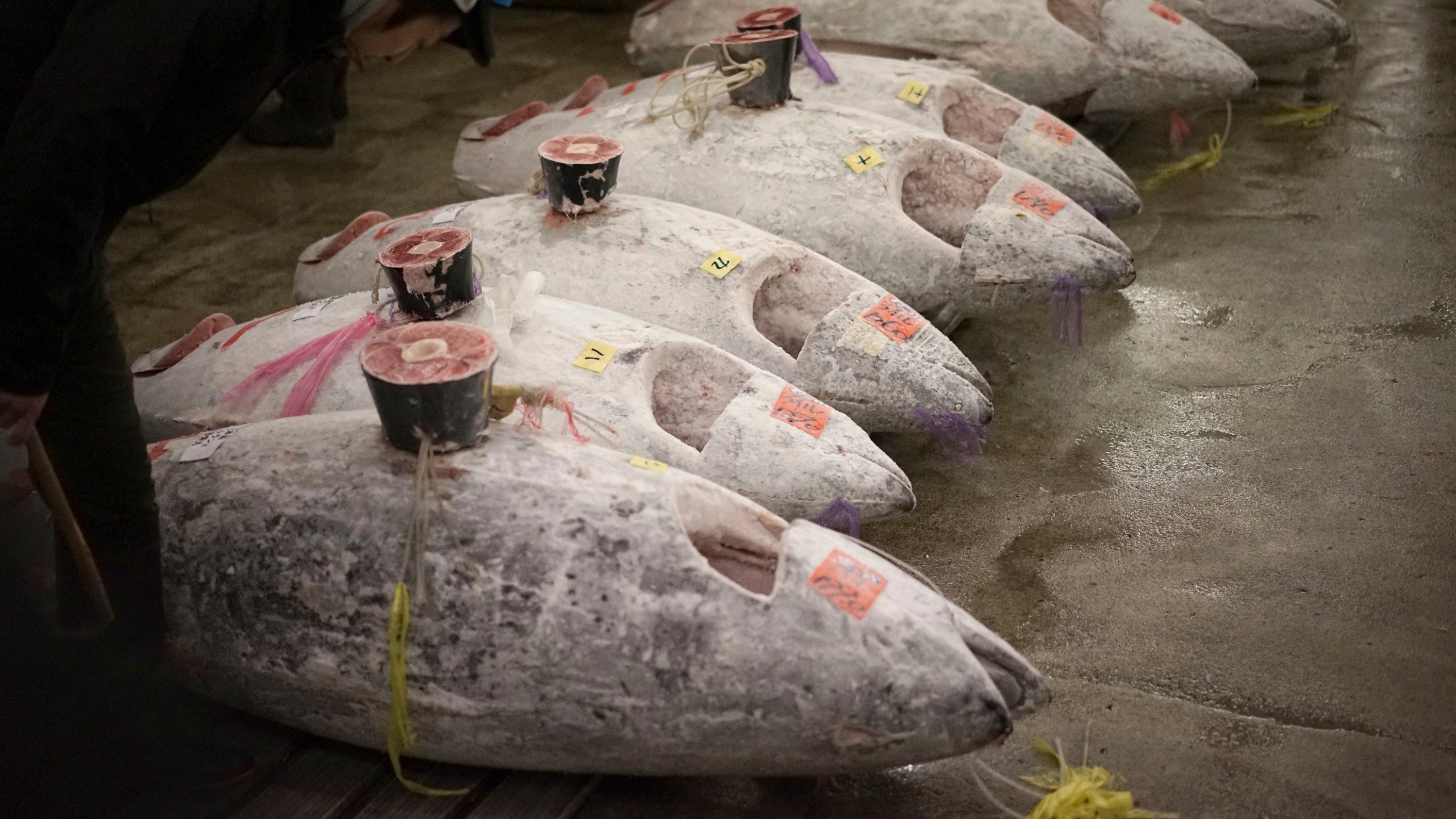 It seems like everyone is getting into blockchain these days. After all, companies claim to like “transparency”, “security”, and anything to do with the roller coaster ride that is Bitcoin. But consider this: Tuna.

There are now several blockchain-based projects that aim to stop illegal tuna fishing, according to a post on The Conversation by Candice Visser and Quentin Hanich from the University of Wollongong in Australia. The idea is that blockchain-verification would assure consumers and others that the fish were ethically sourced. Or maybe it’s just PR, who knows.

More at: Even The Tuna Conservationists Want A Piece Of This Blockchain Action – Gizmodo Australia

Despite the concept’s popularity, we usually just have to take the farm’s word for it when it comes to assessing farm-to-table practices. But if a new venture in China combining free-range chicken farming and facial recognition software is any indication, diners could soon enjoy unprecedented insight into the life cycles of our meals.

Launched by Chinese insurance tech company ZhongAn, “GoGo Chicken” will use blockchain technology (the same anti-data tampering tech that makes cryptocurrencies like Bitcoin so valuable) to power facial-recognition software that connects consumers with their pre-ordered chicken via smartphone app. GPS tracking will also show off just how far the free-range birds travel, and other tracking systems will monitor their diet over the course of their four to six-month lifespan (compared to just 45 days for factory-raised poultry).

CBH’s partnership with AgriDigital was first announced in August of this year. Both companies worked together to determine whether blockchain technology was appropriate to monitor niche products, such as organic grains, or the whole grain crop. In addition to settling origin and quality assurance issues, the companies was also investigating how the technology can manage title matching and payment transfer.

Do you trust your vehicle service centre? More importantly, should you? According to comparethemarket.com, the average car owner in the UK has paid £350 or $462 on repair shop bills over last 12 months. They also figured out that 75 percent of the drivers had no clue what they were being charged for. Things are not better across the Atlantic either, with USA Today saying that the average cost for just a “check engine” light being $435.

It seems that most drivers are completely at the mercy of repair shops and service centres, as they lack the necessary know-how. Adding to the woes of the drivers is a complex and inefficient ecosystem that surrounds the automobile industry, which is made up of manufacturers, banks, insurance companies and repair shops who don’t always work well and most often not in conjunction with each other.

CarFix, which is issuing VLB tokens is now using Blockchain technology to change that scenario. The automotive industry has yet to benefit from the verifiability, immutability and clarity that Blockchain can bring with it.

More at: Vehicle Lifecycle Blockchain Can Save You From Inflated Garage Bills – The Cointelegraph

Intrigued by how blockchain was changing finance, an ex-banker at Wells Fargo & Co. and a former executive at Nasdaq Inc. began looking for other opportunities. They looked at applying the technology to insurance, law, even music.

Then they hit on farming.

Raja Ramachandran and Phil Harris met when they were both working on Wall Street, in 2005 after Citigroup Inc. acquired electronic trading company Lava Trading. The pair remained friends for more than a decade, and decided to leave finance to start Ripe.io, which uses blockchain in agriculture, and has big aspirations to weave it through the food supply chain.

“We left financial services to find a more meaningful application of blockchain. We knew it was going to be profound,” said Harris. As Ramachandran put it, they “stumbled on food.”

More at: The Internet Of Tomatoes Is Coming, Starting With Boston Salads – Bloomberg Quint

CHENGDU, CHINA – FEBRUARY 25: (CHINA OUT) A policeman displays fake seals, diplomas and other certificates they seized from illegal producers at a building on February 25, 2005 in Chengdu of Sichuan Province, China. Police have arrested three people suspected of counterfeiting certificates after days of investigation. (Photo by China Photos/Getty Images)

In 2010, former president of Microsoft China Tang Jun, had his PhD from Pacific Western University called into question. Investigators found that not only was Pacific Western an unaccredited institution, but that his diploma had cost him $2,595 in tuition, and required no classroom instruction. A year later, legions of other high-ranking senior executives were, perhaps somewhat embarrassingly, caught up in widespread “degree scams”— dubious programmes offering enrollees credentials like PhD certificates for minimal, if any, academic work. The practice of academic forgery, where degrees from unaccredited or fake institutions are sold to customers both witting and unwitting, has long been popular among unscrupulous students in China, but is relatively new to the upper echelons of its business world.

Though not a uniquely Chinese phenomenon, a quick scroll through Chinese search engine Baidu reveals how easy it is to buy counterfeit certificates from websites like Yuhongzp and PhonyDiploma on the mainland. A fake diploma from The University of Hong Kong, for instance, costs only $250, and allows users to customize everything from the watermark to the quality of the paper stock (“aged,” “eggshell” or “cream” are all options).

More at: How Blockchain Can Stamp Out China’s Fake Diplomas – Forbes Asia #NewTech