According to IBM and WEF experts, Blockchain technology has what it takes to facilitate the workflow of cross-border trading transactions, particularly the handling of document approval processes. Blockchain is the underlying technology behind cryptocurrencies like Bitcoin. 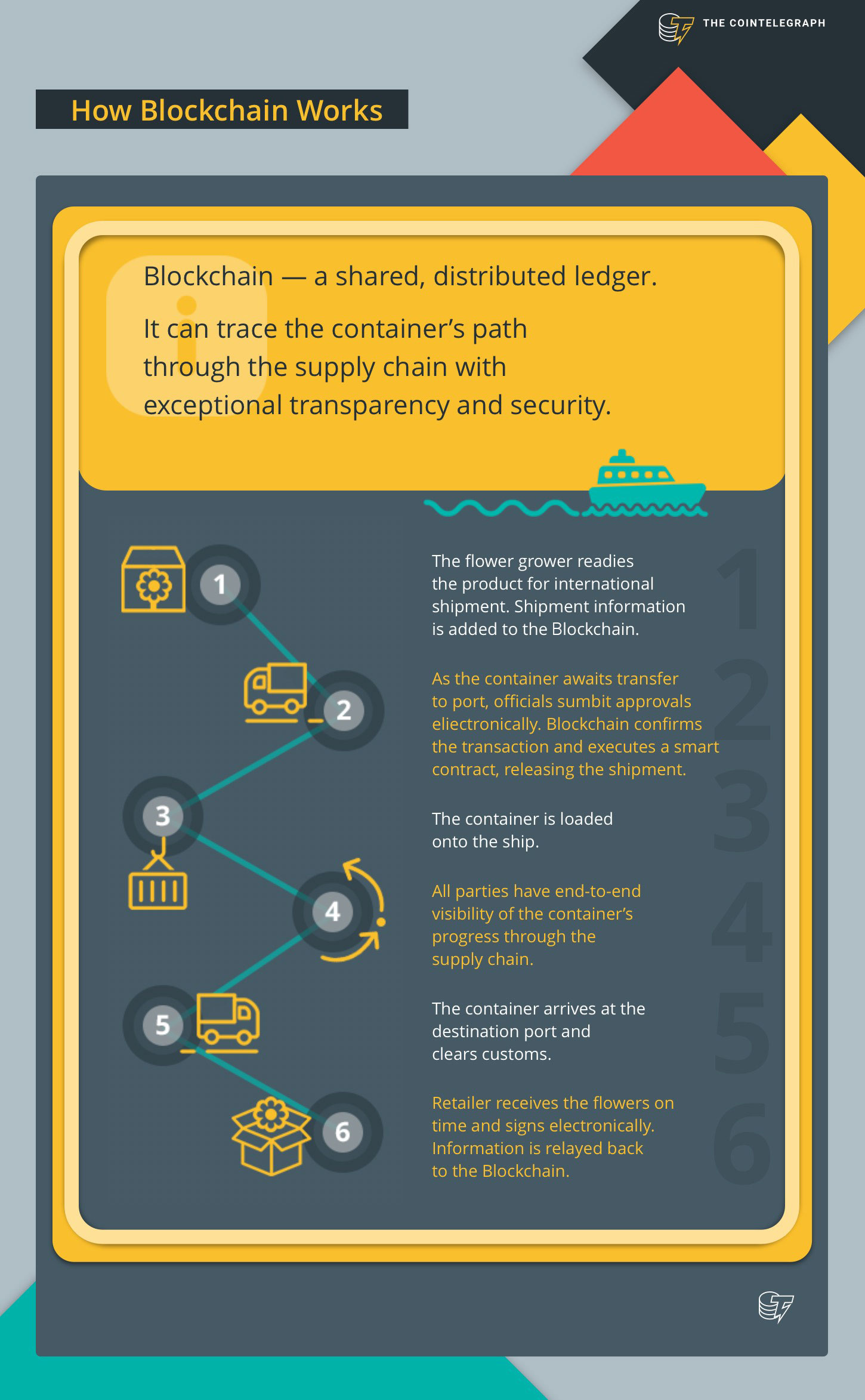 In addition, the administrative costs of processing, moving, verifying and securing the documentation are very high.

Stumped on how to make blockchain happen for your organization? Don Tapscott, co-founder of the Blockchain Research Institute, has advice on where to start.

Blockchain could be the conduit to a more secure, transparent and interoperable future for healthcare, says Don Tapscott, co-founder of the Blockchain Research Institute. Tapscott, who spoke at the College of Healthcare Information Management Executives (CHIME) 2017 Fall CIO Forum on Nov. 3 in San Antonio, Texas, argued that as pushes for advancements in health IT bump up against the barriers of cost and legacy systems, blockchain can help rebuild the health system from the ground up.

“Tinkering is not going to be sufficient, we need to actually reinvent healthcare. Fortunately, there’s a new technology in healthcare emerging that can help us do that,” said Tapscott, speaking about blockchain, the ledger technology that underlies bitcoin.

More at: 5 Steps Healthcare CIOs Can Take to Get Ready for Blockchain – HealthTech

Blockchain may be ready for primetime use on some of the world’s largest stock exchanges, but that doesn’t mean integrating the technology in financial systems will be an easy ride.

At the London Blockchain Summit on Oct. 31, Nasdaq Clearing’s recently promoted head of product development, Gustaf von Boisman, addressed this gap, highlighting how the technology’s current capabilities aren’t necessarily yielding quick implementations. As such, the talk served to illustrate how even widely anticipated use cases are struggling to graduate from the laboratory.

For instance, in a notable example, von Boisman said that, while blockchains are capable of reducing settlement times down to real-time speeds, activating such a system within the framework of the financial industry could prove more complicated.

For one of the world’s largest tech companies, “small” is a relative term.

So when IBM, a tech conglomerate that boasts 380,000 employees, says it has a “small” team working on blockchain, by startup standards, it’s anything but. Far from just building a garage and staffing it with a few engineers, IBM has created a network of global offices seeking to operationalize its team of 1,500 blockchain professionals now operating out of a dozen offices.

Perhaps more impressively, all those moving parts are choreographed by one person: Marie Wieck, a 20-year veteran of IBM and the general manager of the newly created blockchain unit.

In an exclusive interview with CoinDesk, Wieck explained what it takes to build distributed networks using both its proprietary IBM Blockchain Platform and the open-source Hyperledger Fabric, which her firm helped pioneer. For companies looking to gain access to one of those networks, build their own network or compete against IBM, the step-by-step description provides a rare glimpse into how the $135 billion company conducts its blockchain business.

Speaking from her office at IBM’s Watson headquarters in downtown Manhattan (one half of what is internally referred to as “Blockchain North”), Wieck painted a picture of a distributed team that in many ways mirrors a blockchain in its design.

“We’re trying to keep as co-located as possible with the teams working together so we can really focus on the speed to market that we want to see.”

LSEG to start testing blockchain technology to make transactions smoother than before.

According to a news report by CityAM, the London Stock Exchange Group (LSEG) will use IBM’s hyperledger tech to make info on private SMEs digital. The end goal is to draw more mature investors.

Borsa Italiana, the Italian stock exchange, will kick off the trial by conducting a small test using blockchain to hold a shared registry of shareholder transactions and records. Only issuers, investors and regulators (authorised personnel) will have access to it.

Even though the LSEG joined the Hyperledger project in 2015, together with IBM and a couple of other financial institutions, this is the first time it began testing the technology.

“We are testing the use of blockchain technology in a financial business network where data segregation and confidentiality is vital,” said chief operating officer and chief information officer of London Stock Exchange Group (LSEG), Chris Corrado.

Yellen appeared before the House Financial Services Committee to give remarks on the state of the US economy and field questions from committee members. As chief of the US central bank, Yellen also spoke about a recent semi-annual report delivered to Congress by the Fed.

And while Yellen made headlines by expressing her willingness to raise interest rates amidst a healthier economic climate (following years of near-zero rates instituted in the wake of the 2008 financial crisis), it was one attendee who drew notice on social media after he held up a “buy bitcoin” sign two rows behind where Yellen was seated.

Porsche said that the startup competed against 100 other applicants and won the contest with its unique business idea. The contest was announced in April.

According to the official announcement, Xain will get an opportunity to collaborate with the sports car manufacturer from Stuttgart, along with an award of EUR 25,000. It will also participate in the HHL Leipzig Graduate School of Management’s Accelerator Program.

“The project is a great opportunity. Together with Porsche, we now want to continue our pioneering work on blockchain technology,” says Leif-Nissen Lundbaek, CEO and co-founder of Xain.

It’s still illegal in several countries to mine or trade a cryptocurrency like bitcoin. Bolivia officially outlawed cryptocurrency in 2014 and recently started cracking down on the growing bitcoin community. The Bolivian Financial System Supervision Authority released a statement about 60 cryptocurrency advocates arrested last week because “the only thing these people are doing” is taking advantage of Bolivian people and tricking them in a “pyramid scheme.”

On the contrary, these arrests referred to cryptocurrency exchanges as financial fraud. And Bolivia isn’t the only country criminalizing blockchain currencies.

Words that start with the letter ‘b’ hold power in our industry.

There’s ‘bitcoin’, the foundation-stone, then there are the ‘banks’. Even ethereum can’t escape the clutches of definitional terms like ‘blocks’ and ‘build’. And there’s that other academic casus belli – the Byzantine General’s Problem that started it all.

Which brings me lastly to an unrelated term. I’m talking, of course, about our national pastime: baseball.

First, I love bitcoin and I love baseball, and it’s with no small mental effort that these two topics have been fused together finally in this piece.

I have nobody to blame. I brought this upon myself.Six months have passed since I lucked into a basic exploration of this topic on the spot, at a snap presentation in Chicago. But resuscitating the memory of those fading words into a cogent story left me directionless.

I forcibly alliterated my way out of this mental barricade, one ‘b’ at a time – could our National Pastime be one of America’s lesser studied beneficiaries of blockchain technology?

More at: Baseball on the Blockchain? One Fan’s Quest to Merge Two Passions – CoinDesk

In the first episode, PiedPiper transformed into PiperChat. With the overhaul, the number of users increased constantly. However, the team was having a hard time funding the app.

Meanwhile, Gavin (Matt Ross) and Jack (Stephen Tobolowsky) were heading home from China. They successfully made a deal to manufacture Hooli Endframe’s box. Gavin then put Jack in another desk job at Hooli’s data center in a much lower basement.

“This season they make a big move,” executive producer Mike Judge told The Hollywood Reporter. He confirmed that the season will feature Richard’s ambitious goal.

“It’s basically starting a new Internet that’s a decentralized version, similar to the way Bitcoin works, that can’t be shut down by anybody because it’s sharded out over multiple devices and spread out in the block chain model,” Judge explained.