American Express, one of the world’s largest financial services company popular for their Charge cards and Credit cards will now be using Blockchain to power their rewards program. AmEx has piloted a program which will allow merchants to reward customers for specific actions or purchases. This system will run on the open-source hyperledger blockchain and online merchant Boxed will be the first to make use of it.

With the help of Blockchain technology, AmEx will be able to easily track specific purchases made by users and partner with merchants to better promote products. The merchant may use this to promote a slow moving product in their store by bundling it with a reward.

Vitalik Buterin created an opinion poll trying to decide whether take an offer and join Google’s team or stay at Ethereum. The majority backs the second alternative.

Founder of the second largest cryptocurrency (Ethereum) – Vitalik Buterin has been recently approached by Google with a proposition to join the company and help the tech giant in their mysterious blockchain project. Buterin was quick to post the screenshot of the email and tweeted it on his official handle asking his followers, in a poll, whether he should be taking the job offer.

The screenshot revealed that a Google recruiter – Elizabeth Garcia has approached him in an email that states: “Hi Vitalik, I hope you are doing well and enjoying the weekend! […] Google make sense for you now or in the near future […].” In addition to the recruiter name, the screenshot also revealed information about the recruiter’s email address and her photo.

Along with the screenshot, Buterin had attached a poll asking his followers “Should I drop Ethereum and work for Google?” Before the poll was deleted, the poll had 2000 followers already voted, of which nearly 60% believed that he should not be taking the offer while the remaining 40% believed that he should join Google. One of the key reasons for Buterin to take down the tweet was because he failed to keep the recruiter’s details confidential.

IBM has previously worked with blockchain projects, but their new collaboration with Veridium Labs will entail the first time the company is getting involved in developing a cryptocurrency. 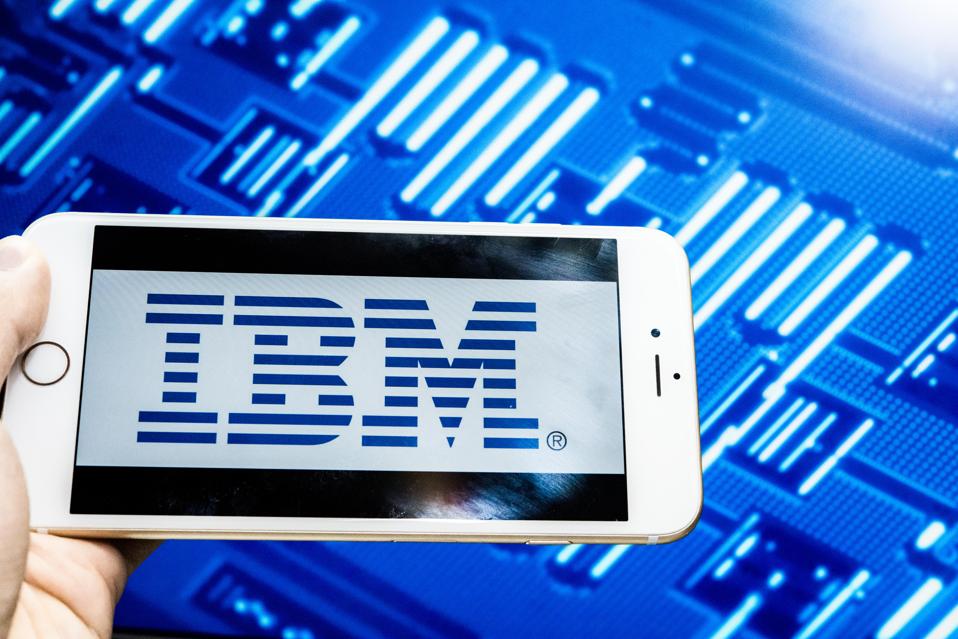 The joint initiative was just announced by Bridget van Kralingen, a Senior Vice President with IBM Industry Platforms and Blockchain. She noted:

“By using a public, permissioned blockchain network, we can help Veridium create a new sustainable marketplace that is good for business and good for the world. This is a great example of how industries are being reinvented by blockchain, in this case establishing a far more efficient and transparent approach to carbon accounting and offsetting that will empower individuals and companies to play a role in improving our environment.”

Amazon has partnered with blockchain incubator ConsenSys to enable its customers to build and manage their own blockchain platforms in an easy-to-use manner with ConsenSys’ Ethereum-based cloud platform called Kaleido.

The move is part of an effort to make blockchain, the technology underpinning bitcoin, more accessible to customers of Amazon Web Services, the cloud-computing arm of Amazon.com.

“Introducing Kaleido to AWS customers is going to help customers move faster and not worry about managing blockchain themselves,” Amazon Web Services said in a statement.

Chief executive Henri Pihkala announced the partnerships at CoinDesk’s Consensus 2018 conference Wednesday, while also conducting a live launch of its real-time data marketplace, through which users can provide and subscribe to real-time data streams.

He said in a statement that “today marks a hugely significant day in Streamr’s history, not only showcasing our platform to the world on-stage at Consensus but announcing two stellar partnerships.”

The partnership with Nokia will see Nokia’s Kuha base stations integrate with Streamr’s data marketplace, allowing Nokia customers to both monetize their user data and purchase streams from Internet of Things devices.

More at: Nokia Is Letting Consumers Monetize Their Data with Blockchain – CoinDesk

The year 2018 may go down as the turning point in the history of blockchain technology, as an increasing number of companies are testing the use of a distributed ledger technology within their organization. Spearheading the adoption were financial institutions and logistics companies, and it seems like the tech sector does not want to be left far behind.

David Marcus, the executive responsible for running Facebook’s Messenger platform, has joined an internal team in the organization with a focus on exploring the use of blockchain technology in Facebook’s core business.

More at: Facebook Interested in the Use of Blockchain, Dedicates Internal Team to Explore the Technology – BTCMANAGER

AUCKLAND/SYDNEY: Alibaba, the Chinese e-commerce giant, is piloting a blockchain supply network to improve the transparency of Australian and New Zealand food products sold on its Tmall online marketplace.

Launched in Auckland last week, the pilot comes under the company’s Food Trust Framework initiative, which uses blockchain technology and controls, such as products tagged with a unique QR code, to boost consumer confidence in the provenance of food products shipped from Australia and New Zealand.

Blackmores, the Australian health supplements firm, and Fonterra, the New Zealand dairy group, are both participating in the trial along with Australia Post and New Zealand Post.

As reported by the Australian Financial Review, Blackmores’ odourless fish oil and Fonterra’s Anchor dairy brands are the first goods to be trialled on the network, which – if it proves successful – is expected to be rolled out globally.

IBM is seeking to patent a method for ensuring that a network of connected devices can securely execute blockchain-based smart contracts.

The problem of how to connect Internet of Things (IoT) devices using blockchain has drawn the attention of a number of developers, startups and companies in recent years – indeed, that was the central concept behind IBM’s “ADEPT” proof-of-concept, created in partnership with Samsung and unveiled in early 2015.

An IoT-focused blockchain network couldn’t engage in the kind of competitive “mining” that powers the bitcoin network, largely because a smart toaster or lightbulb can’t harness the power of a warehouse full of specialized computers. At the same time, a large-scale blockchain mine could conceivably have an easier time of attacking a network of IoT devices and, thus, potentially compromise it.

Amazon Web Services has announced the launch of its blockchain templates, which will make it easier for developers to create blockchain-based projects.

“AWS Blockchain Templates provide a fast and easy way to create and deploy secure blockchain networks using open source frameworks,” the company said in a press release. “Blockchain is a technology that makes it possible to build applications where multiple parties can record transactions without the need for a trusted, central authority to ensure that transactions are verified and secure.”

AWS Blockchain Templates use their chosen blockchain framework as containers on an Amazon Elastic Container Service (ECS) cluster, or directly on an EC2 instance running Docker.

Microsoft’s corporate venture arm was present in India a few years ago, and it was managed by a Redmond team with its headquarters in the U.S.

Now, it seems that Microsoft’s plans also include resurrecting this corporate venture arm. The company wants to set up an office with a local team this time that will look for startups worth investing in. The startups should be from various areas including the IoT, autonomous vehicles, and of course the successful blockchain technology.

Reviving the venture arm by relocating the headquarters

CEO Satya Nadella hired Peggy Johnson as global vice-president a few years ago who managed to revive the venture arm by teaming up with Nagraj Kashyap from Qualcomm to lead things. The headquarters was also relocated to Silicon Valley, having offices also in London, New York, Israel and Tel Aviv. Now the latest plans include setting an office in India as well.